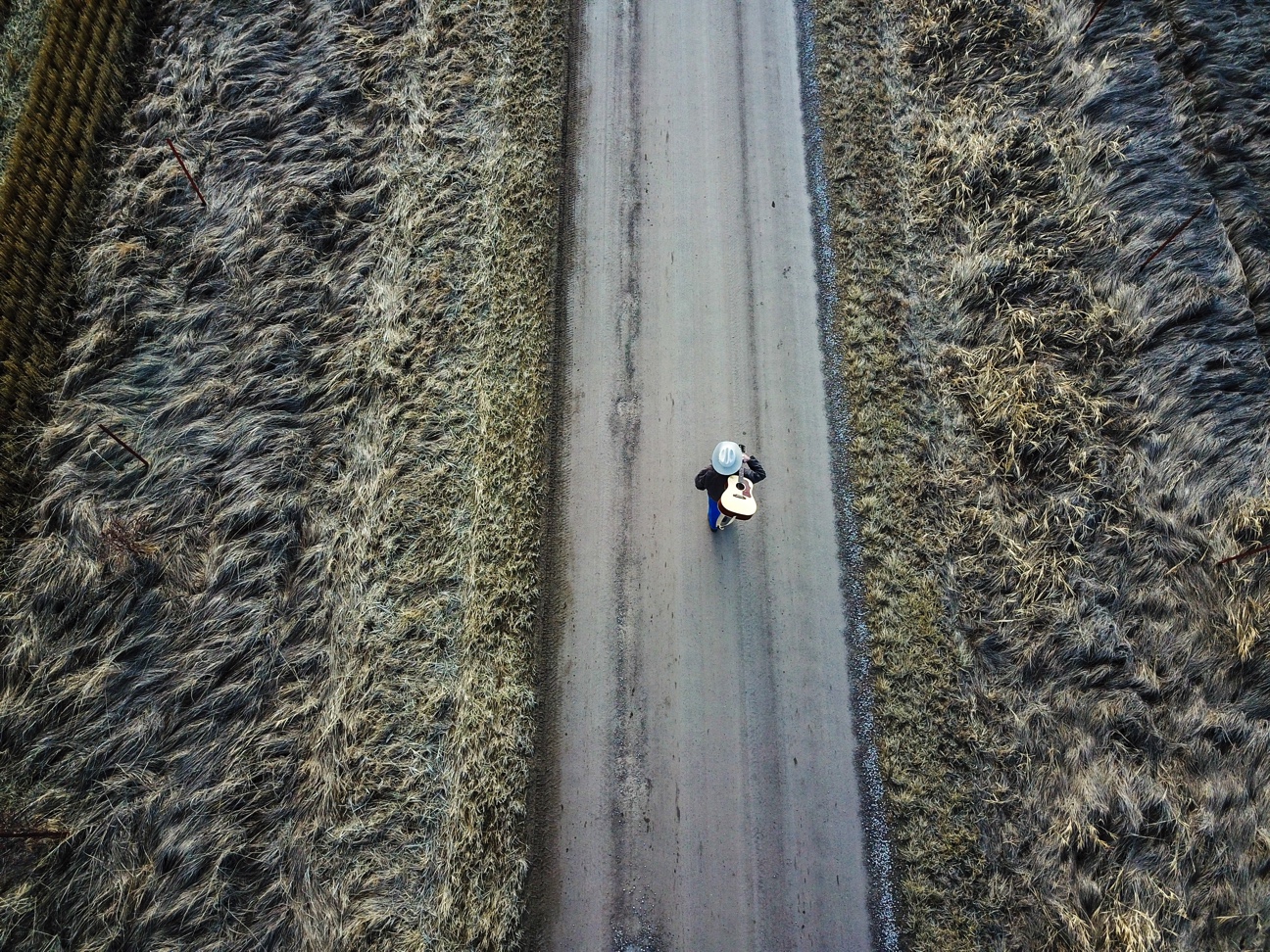 “I think lots of folks are looking ahead for what they left behind,” Randy Lee Riviere told American Songwriter. “We lose sight of how important various aspects of our past really are to us, how strongly they chiseled us into who we are; our teachers, friends, families, pastors, coaches, mentors… our towns.”

That’s exactly what Riviere was ruminating on when he wrote his latest single, “Our Town.” Combining a brooding ‘70s rock sound—a la Neil Young’s “Cortez The Killer”—with a classic country touch, the song communicates Riviere’s deep connection with the American West and his passion for protecting it from the wrath of harmful development.

“The souls of so many of our old towns have been torn down,” Riviere explained. “Basically, it’s always the same story: big money comes in—developers, speculators, mega-agriculture, huge companies—and they just screw up everything. The countryside is all housed-over, the old shops taken over… urban sprawl strikes again. Then, gentrification creeps in. The locals—generations of people who have lived there for decades and longer, who started up and ran small businesses there, who built the town—can’t compete with the high costs of living that the big companies (and their employees from out of town) bring with them. ‘Big’ runs right over ‘small.’ As always. Agriculture gets mechanized and there’s no more jobs, mills shut down and there’s no more jobs and on and on. Where do our people go?”

In this regard, Riviere touches on frustrations felt by millions across America. While the technological and economic advancements made possible by the surge of big corporations have introduced a lot of amazing things to our lives, the downsides of such reckless growth and development are beginning to be felt in a variety of ways. Most palpably, the pandemic of the past year has laid bare the exact thing that Riviere is speaking about: this system isn’t working for everyone, folks are being left behind.

“These are our towns,” Riviere continued. “They don’t belong to huge entities that sweep in to make a fortune and move on to overrun some other place. They shouldn’t be allowed to be boarded-up by huge, jobless entities that replace historical employment and create these vast monocultures of only a couple different crops, destroying landscape values in the process. These towns and their people—generations of people—need to be considered. They shouldn’t be just another casualty of soulless, Darwinian market dynamics. These are our towns.”

Coming ahead of a new album entitled Wyoming (out February 26 via Wilderness Records), “Our Town” is indicative of Riviere’s artistry as a whole. Formerly recording under the name “Mad Buffalo,” the Northern California-native has spent years sharpening his skills as a storyteller. Exploring many facets of culture and life in the American West—through lyrics and through instrumentals—Riviere truly has an Americana soul. Even outside of music, he’s devoted himself to preserving the spirit of the land and—with the help of some perpetual conservation easements—he’s made efforts to protect upwards of 40,000 acres of wilderness from development.

While the battle against big business’ “progress” may seem futile, Riviere has not lost hope. With the release of Wyoming, he’ll be playing his part in spreading the word and facilitating the positive change he wants to see. “Yes, I know, I’m a dreamer,” Riviere remarked. “But to borrow a line from one of the best songwriters of all time: I’m not the only one.”