Randy (Randy Lee Riviere) is from the Landscape … his heart, mind, and very being find peace in the vast American West. This is his home. 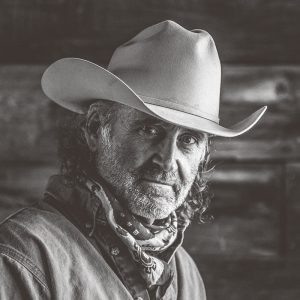 His concern for the fate of the land is paramount in his life. Seeing so much of the West swallowed up by humanity and developer greed is always at the forefront of his mind. And along his road he has done the hard work to thwart some of this human expansion … by helping protect over 40,000 acres of critical native and farm/ranch lands with perpetual conservation easements … getting ahead of the developers before they ruin the land forever. Seeing the ground he grew up on in Northern California get entirely covered over with housing developments burns deeply within him. The land of his formative years … betrayed.

Randy’s music as you’d expect rolls across the old west in subtle and not so subtle ways. An epic instrumental on his new album “Wyoming” soars across the landscape like a hawk under the morning sun. You can close your eyes while listening to the title track and just feel the power of this huge country … land native American tribes fought very hard to keep. You can visualize bands of these betrayed and angry people thundering down from their sacred Black Hills onto the northern prairie in their futile effort to protect their lands … land that once provided for their every need.

“Red Rain” speaks directly through the life of a young man that came from the heart of these beautiful lands … where he learns how to become a man, finds his love, looks after his people … and is forced to confront an onslaught of invaders from far-away places. This confrontation inevitably became violent … all his tribe could do to attempt to stop these relentless greedy human beings. So, they had to bring ‘Red Rain’. A hard rain.

“Wyoming” also has a wide variety of musical types and stories. “Our Town” is not surprisingly for Randy aimed directly at the propensity of developers to change the historical character of everything, including the towns where we grew up – the places that had a big role in shaping our life. “Fences” speaks to the lives and roles of working people … those that do the heavy lifting to provide for most every human need. And how they are taken for granted. “Morning” is a wonderful melody about heartbreak and longing for better times of the past. On this “Wyoming” album you will find instrumentals, ballads – a full spectrum of country, rock and folk music … from the upbeat to melancholy. Stories about the human condition of the past and present.

Randy’s musical effort for many years – “Mad Buffalo” has now been gently moved aside for his “Wyoming” project. Randy feels that Mad Buffalo has run its course and it’s time for some new wind. We think you’ll find that wind coming in from the north … with a hard bite and even harder fury.